An ode to Hrant Dink 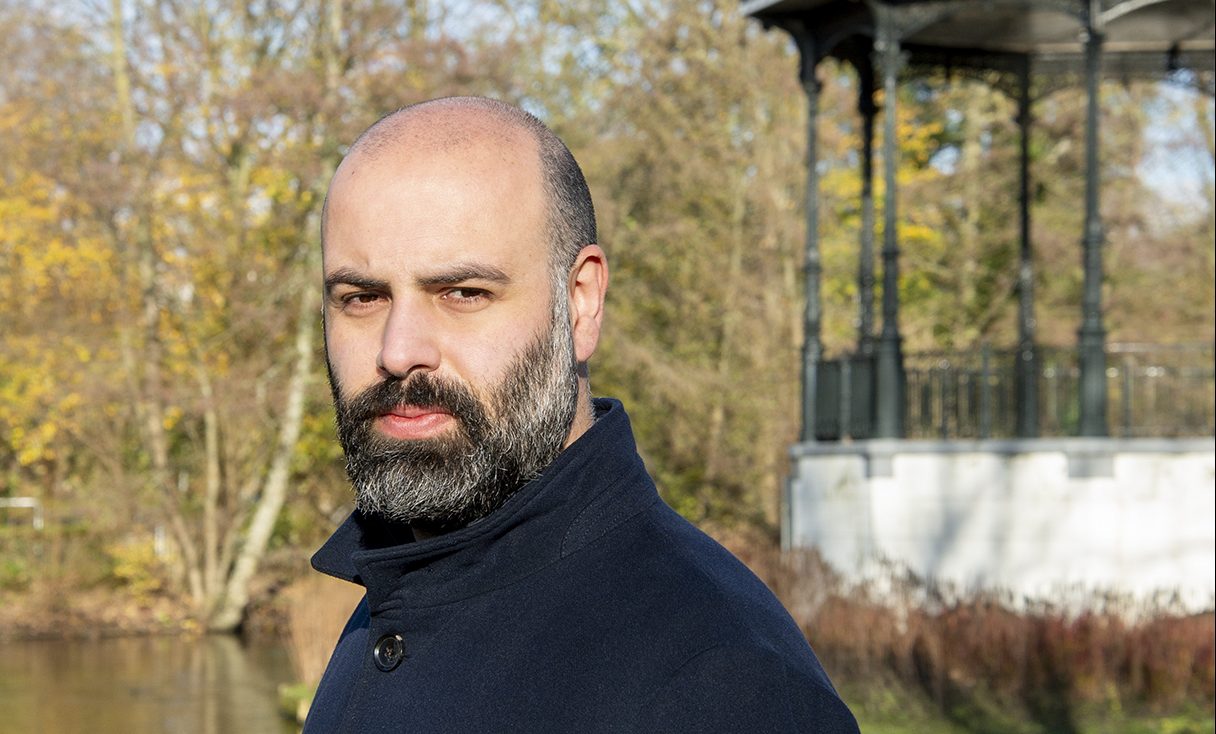 How can I tell you about Hrant? Is it possible to grasp someone who was called Khent/deli fisek/a “crazy shell” for life? One should have experienced him, I think, to understand the magnitude of his short visit to this world. What I can tell you, seems like a breeze here in the Netherlands. But don’t be mistaken, he created shockwaves of love and peace in a world that was not ready for him.

You should look at Hrant. Look at his face to understand that he was too big for this world of injustice and poverty. A brave Armenian who no longer wanted to live in the shadow of Turkey and Turks, as the status-quo dictated for Armenians in Turkey. He shook off the fear, shame and inferiority complex of being an Armenian in Turkey. Hrant was one of the bravest Armenians that ever existed. Together with his companions, he opened op his threatened home and heart to the big bad, yes, Turkish world. He looked at you, at Turks with no fear and said welcome, step inside my world.

Turkey was not ready for that. Turkey and the vast majority of the Turkish people, 15 years after his murder, are still not ready for that. Oh Hrant, everything you stood for love, peace, reconciliation and respect, is not destroyed, but forced to make a step aside. Too many of those in whom you saw some hope have joined the old, familiar Turkey. The Turkey that killed you, together with the thousands of Armenians and Kurds who could not stand up to Turkish racism. 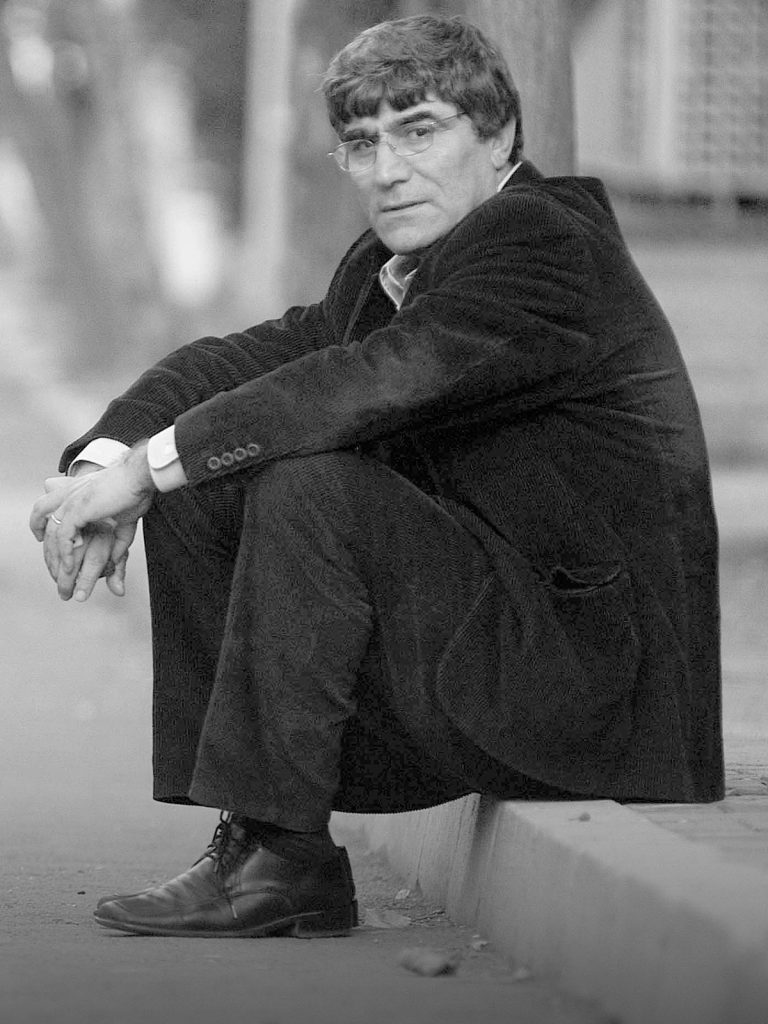 How can I tell you about Hrant Dink? Like I said, he was too big for this world. Just like Martin Luther King and Tahir Elçi. We all know about the former, but the Kurdish lawyer who was murdered in 2015 probably not. But we need to know about the Hrants and Tahirs of this world. The Armenian and Kurdish anti-racists of this world. And they did that on the most intersectional way as possible.
Listen, for example what Hrant had to say about islamophobia.

In one of his many columns in AGOS he wrote about a woman he saw at the university. She was refused to join her own daughter’s graduation ceremony, just because her headscarf/hijab.

Now in his own words:
I leave what went through that mother’s mind to other mothers. I try to make empathy with the father who pulls on her daughter’s gown and says, ‘Come daughter, since they won’t let us in, let’s go. I don’t know why, but suddenly I felt ashamed at that moment. I wanted to put a headscarf on my Christian wife’s head, storm in and then shout “Come on, throw us out too”. Those who say they are “secular” always cry that religion is used as a tool for politics, but I think they do that themselves. The term “intolerance” they use for religious people may end up getting them into trouble, but in the form of “modern intolerance”. 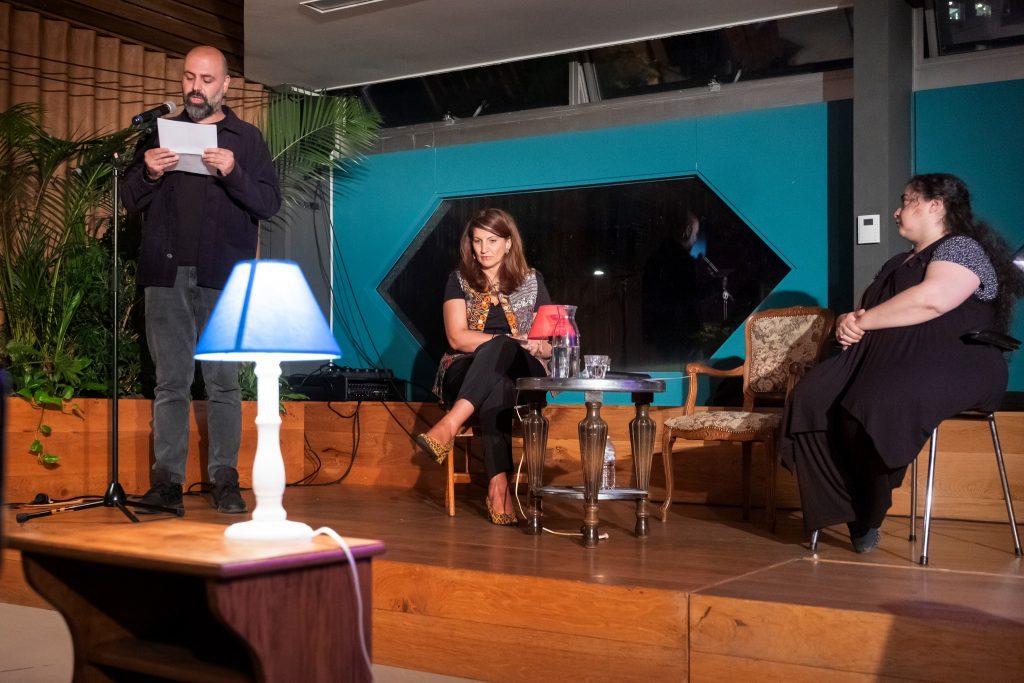 Yes, Hrant was for the democratization of Turkey as a whole. He brought this fight also to Europe. In discussion with nationalistic, diaspora Armenians, he defended the liberty of Muslims in Europe to practice their religion, comparing it with his own struggle for his own Armenian and Christian community in Turkey. He spared no one.

I don’t dare to say woke, but he was on fire. Especially when it came to majority cultures in which minorities came by as tokens. Let’s listen to Hrant again:

Guilt is what I felt. I thought to myself: Why are there no living Armenians in my life? Is talking about Hrant have become my hobby, another Turk talking about dead Armenians? For years I have been in dialogue, but with what result? Why do the Armenians I meet at events like this etc. disappear eventually, until I meet them again at another conference? Did dialogue stop the Nagorno-Karabakh war? What are we doing wrong?

Oh Hrant, sometimes I don’t know anymore. The burden you and other peace activists have carried is too overwhelming. Sometimes, I think: Can’t we park this Turkish-Armenian dispute for a while and get on with our lives?
But then I immediately think. What a luxury, to be able to do that. To put everything you have fought for in the closet and pretend it never happened. I can do that as a Turk. I will always have that privilege, but can an Armenian in Turkey stop being an Armenian? Never. And that is the link that gives me lasting energy. You did not want to hide anymore.

The world knows you as Hrant. But there was a time that you had to be Firat, a Turkish name that you used in the Turkish mainstream.  What a burden was that to carry? And then you shook it off. You were born a HRANT and because you were a HRANT and an Armenian citizen in Turkey, you paid the biggest price.
So how can we, here in the West with all the freedoms we enjoy, sit back?
Let’s finish with Hrant’s message to nationalistic and racist Turks (Ankara, 2003):

YOU MUST FIRST DECIDE IN YOUR OWN HEAD WHO AND WHAT I AM?  AN ARMENIAN LIVING IN TURKEY. WHEN IT SUITS YOU YOU FORCE ME TO SAY THAT I MUST BE A TURK, AND THEN AT ANOTHER MOMENT YOU AGAIN COME AND CALL ME ARMENIAN BASTARD, NO IT DOESN’T WORK LIKE THAT, I COME FROM AND AM AN ARMENIAN FROM TURKEY.

As a Turk and a Muslim in Europe, I think a lot can relate to this duality and loyalty dilemma that exists all around the world and can be solved very easily. We only have to open up our hearts as Hrant did for all of us.