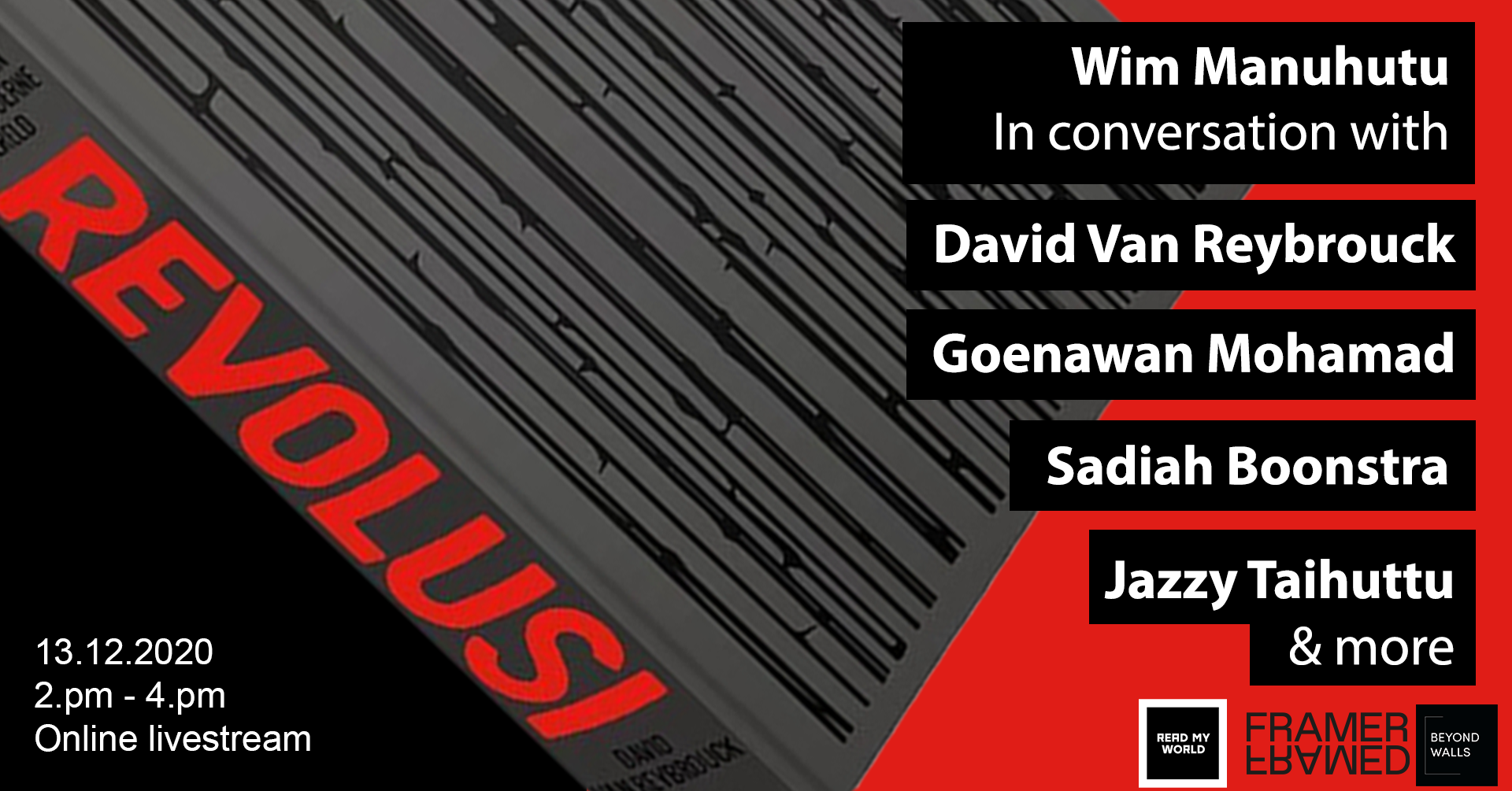 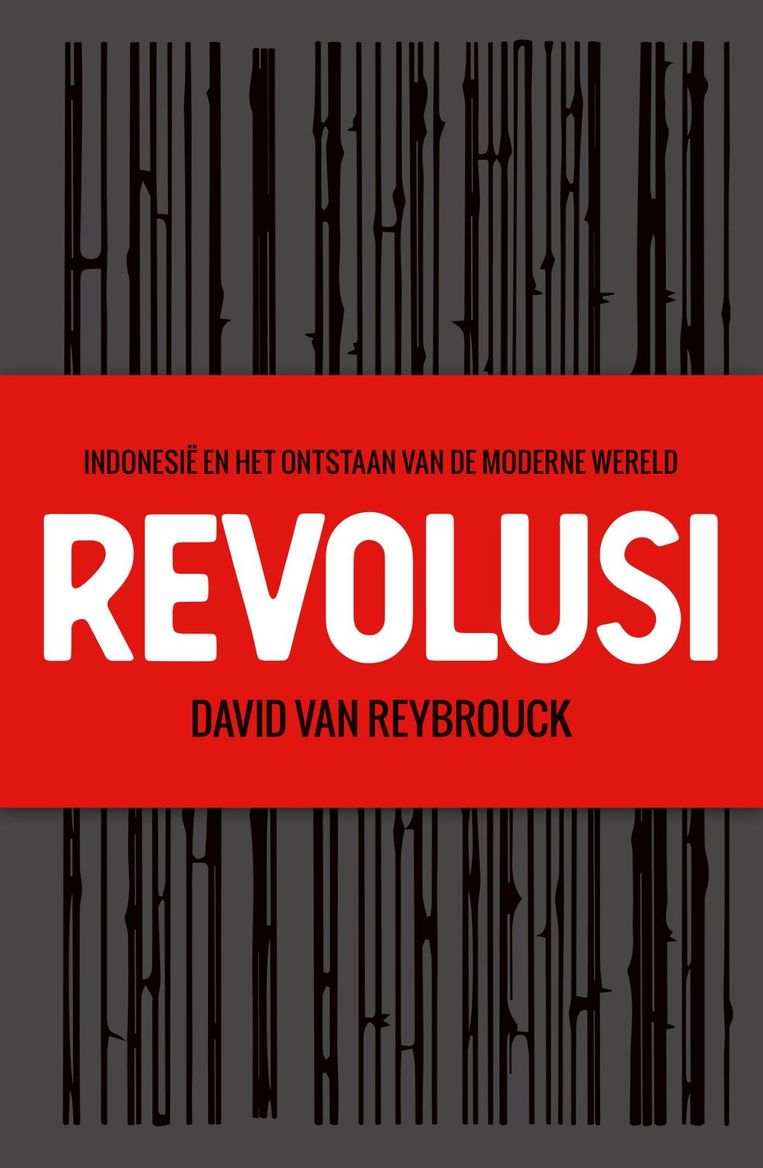 On Sunday 13 December, Framer Framed, Read My World and Beyond Walls are organizing a program around the recently published and already much discussed book REVOLUSI by David Van Reybrouck. Wim Manuhutu will moderate a talk between David Van Reybrouck, Goenawan Mohamad (via zoom from Jakarta), Sadiah Boonstra (via zoom from Jakarta) and Jazzy Taihuttu. With a multimedia performance Manual for the Displaced by Robin Block and Jeremy Flohr.

The colonial past of the Netherlands and Indonesia is often presented as a chapter of national history. Stories about heroes, perpetrators and victims, embedded in a predominant national historiography about their own role, isolated from the rest of the world. In Revolusi, the Flemish author David Van Reybrouck puts an end to this: “the time is right to let go of that national focus and see the global dimension of the decolonization process.”

A plea to look beyond our own borders. What inspired this Fleming to enter the discussion about the Dutch East Indies memory, to relate to the decolonization process of Indonesia, and ultimately to write a book that is about much more than just the Netherlands, the Dutch East Indies and Indonesia? How can Revolusi contribute to anchoring a more critical historical awareness that he argues is so lacking in the Netherlands?

Revolusi: Indonesia and the Birth of the Modern World has no less than 550 pages and more than 30 pages of bibliography. A bibliography that shows how much has already been written about the Dutch East Indies and the relationship between the Netherlands and Indonesia: from heartbreaking camp diaries, ‘tempo doeloe’ musings, critical post-colonial literature to hard-hitting factual testimonies of a bloody war of independence and numerous academic standard works about different periods in the history between the Netherlands and Indonesia. It’s all there already.

Still, Van Reybrouck thought he could add something to this. An epic based on a five-year long investigation and more than 200 interviews with living eyewitnesses in Indonesia, the Netherlands, Nepal and Japan.

On this afternoon we will dive deeper into the motivation of the author and the results of his research with Van Reybrouck and guests. To what extent is Revolusi socially relevant for both Indonesia and the current postcolonial diaspora communities in the Netherlands? How does it contribute to a critical discourse about the role of the Netherlands in colonial world history? Why and for whom did he write this work? And how do fellow writers in Indonesia, (international) researchers, the post-colonial diaspora in the Netherlands react to the appearance of this work at a time when decolonization is high on the agenda everywhere?