Adam Zuabi is a filmmaker and painter, and was the owner of Kazoo Creative; a London based design and animation studio. Adam designed the covers for the Dutch and Swedish editions of Asmaa Azaizeh’s latest poetry collection. He is currently working on a documentary film.

The Apple of Return 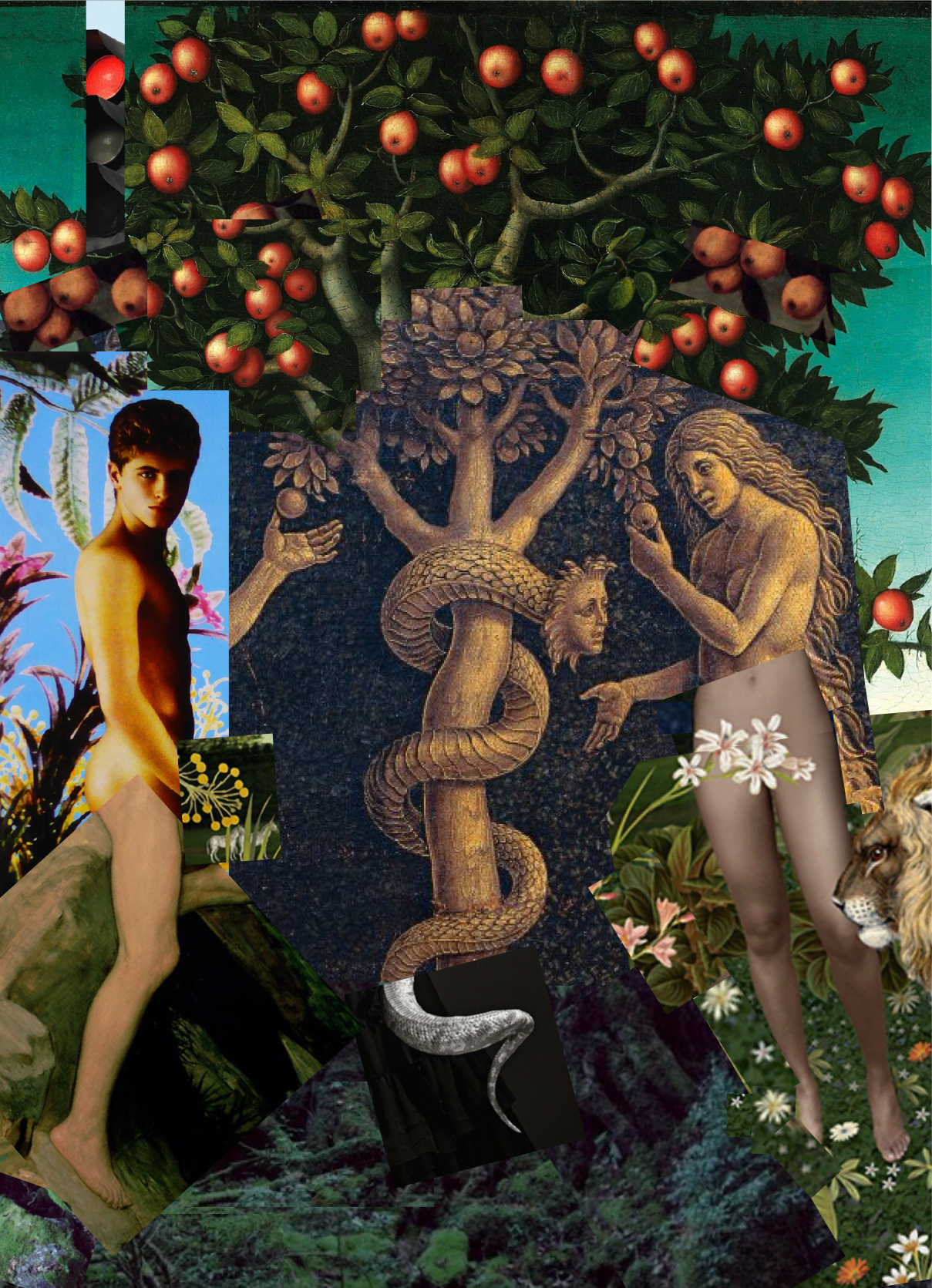 Science has shown that humans are highly adaptable. But humans have shown they are highly fearful of change. Then it must be that the story of the first apple has come down to us incomplete. Who knows how long those two debated, how their flanks quivered before they took a bite? And perhaps they regretted it: no record remains of that first regret, nor of the longing for Paradise, which had only to be strong enough to take them back. Instead it has come down to me, this longing.

Today, the anniversary of my father’s death beckons and slips away. What is a year to death? Does it distinguish between Hijri, Hebrew, Gregorian? Does time discipline death as schools do us? What were they for, those five days added to their three hundred and sixty sisters, but disturbing the stitches the schoolmaster drove into the thin skin of my sadness? Naughty days were punished in the corner on one leg, then they hopped over the school gate without turning back. They say, the tedious experts, that the worst effects of mourning fade after nine months. Nine months passed, then ten, twelve. Fruitlessly. O you five days. You had my future in your hands. Time was on your side and my happiness a hostage between your fingers. I called my father until my throat went dry. The paramedic called his heart, pulled it from his chest, screamed in his face, disciplined him and shook his frame. Fruitlessly. O days. Let me escape with you from the damned school of time. Show me what this day is like: the 24th of April, 2019.

The swallow I raised on my wrist and which returned at my father’s funeral now taps at my window bearing his face.

The swallow I raised on my wrist and which returned at my father’s funeral now taps at my window bearing his face. Spring clouds like breadcrumbs line up before me in ranks as if to prove to me that they are the same clouds, that time has not changed them, just as it has not changed the sky, nor sparrow song, the minaret, the northern gate which chases out the wind at night. I will the pomegranate tree to remain this pomegranate tree. I will the cactus killed by a Mexican virus to make a show of health, as if it were about to flower. Dust and damp make way for his scent, which still dances about his shirt behind the door. The eyes of Verona, the doctor, are still ocean-coloured, undarkened by the corpses in the emergency unit at Afula Hospital, nor by her longing for Russia. They still glitter, and inside them a soft voice sounds: he’s dead. The same Sheikh Youssef, in his same checkered pyjamas and his same square life, takes his sleep to the mosque. He bends to the microphone and says: “We created the human from a quintessence of clay, then we set it as a drop of seed in a safe home. The seed we made a clot, the clot a little lump. This we fashioned into bones, and clothed the bones with flesh, and this we made into another creature.”

I went out and found a large crowd in the courtyard of the house. I stood before it in conductor’s garb and raised my hands. Of my father let us sing only present tense lines, present tense verbs, present tense laughter. Anyone who slips and says “Poor thing, he loved to laugh” will be banished from this Paradise of song. Now laugh. Answer his laughter with laughter to shake the skies. Then sing: “We cry for nobody. It is our own deaths we fear. We would rather return to clay than let our flesh be put in fridges.” I went out and found a large crowd all melted together. A single mass of clay.

Even writing, this writing, any writing, is a form of turning back. We write although we know it is illusory, that there is no returning anywhere.

We are the ones to be pitied. The molten ones. Banished from the Paradise of song because one of them planted in our chests the poison seed of return. We are the drops, the clots, the lumps of return, striving to escape the school of time. And however much they talk of cosmic revolutions and seismic shifts, our hearts have not revolted, nor have our minds shifted from their place. Our longing for things begins before they are past. And the only one able to escape the school is the schoolmaster. Time goes on with and without the virus, with and without my father’s death, with all of you and without you.

Even writing, this writing, any writing, is a form of return. We write although we know it is only an illusory return, that there is no returning anywhere. Within an hour my father was in his grave and the past tense verbs fluttered above our heads and came to rest on power lines, and yes there was a lot of seed, but in the wombs of mourners. There were no singers, and nobody laughed. But I who can still taste the apple in my mouth, can see them all now and hear them.