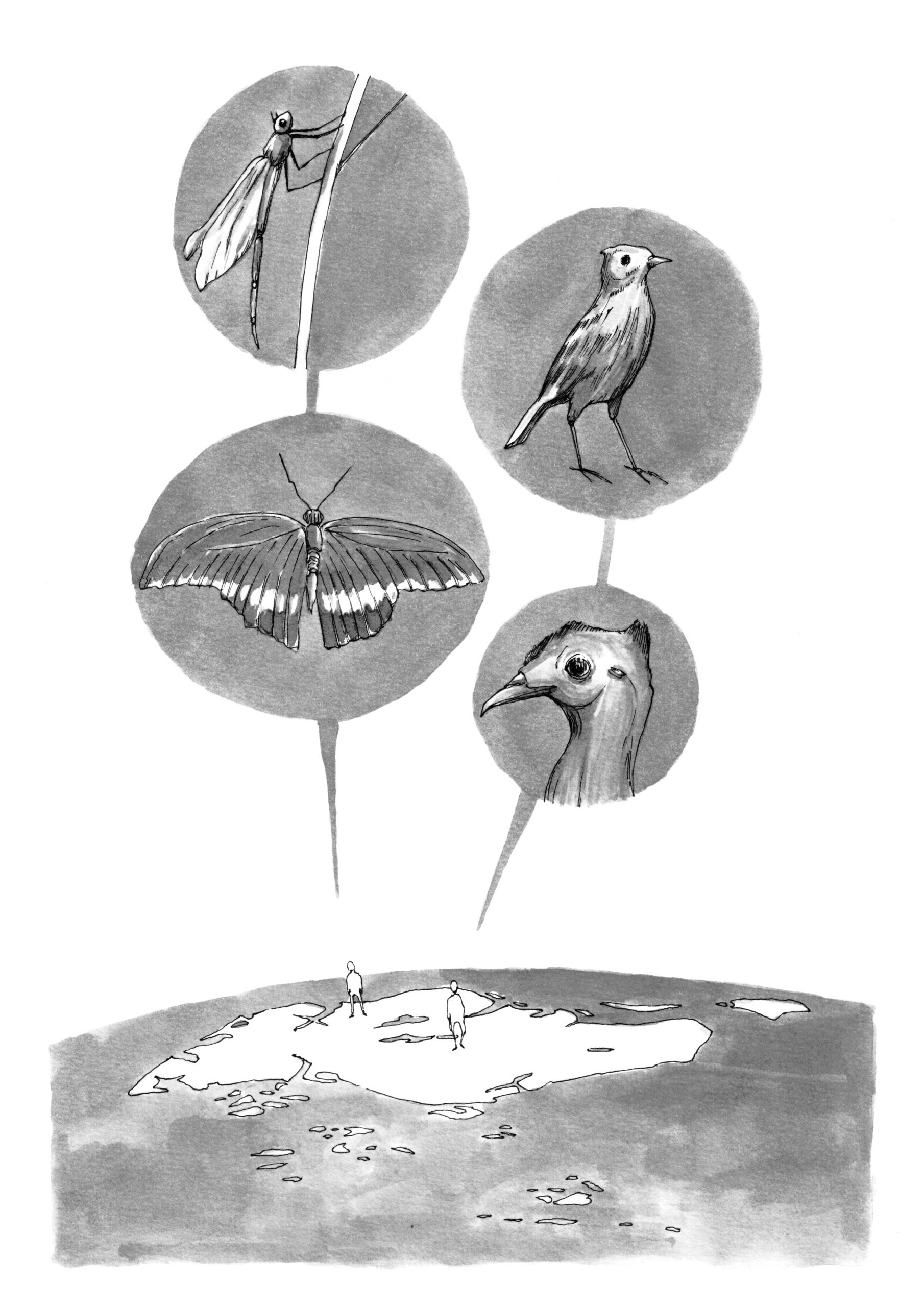 Singapore is tiny. On a world map, the island is dwarfed by its own name. Sometimes one sees a line pointing to it, with its name unscrolled across some breathing space—the South China Sea. According to the World Bank, Singapore has the third highest population density in the world, after Macao and Monaco.

Imagine then, 5.7 million residents of Singapore, stuck in situ, as airplanes were grounded and borders locked. In Malay, my mother tongue, ‘situ’ means ‘there’. The opposite of the Latin. One of the effects of the pandemic was to obliterate the idea of ‘there’. There was only ‘here’, nowhere but here, and our isolation felt like being in a whirlpool in a sink.

As a homebody, I initially celebrated the lockdown. I brought a ring light for my Zoom sessions. I moderated so many online panels that when friends saw me in person they would say “you look different without your headset”.

But too much navel-gazing and the spine is deformed. A friend suggested hiking. In Singapore? I laughed it off. Another friend, who had moved here from Sydney said: “I spent most of my childhood catching cicadas, raising frogs from tadpoles, racing skinks in pools, burying beetles (usually dead ones)…but when I moved here, the humidity made me somewhat indoorsy.”

Humidity. Mosquitoes. Tropical traumas. Each morning, as part of a world slowly mending, I would hear birds quarrelling outside my window. One morning, I decided that they were actually beckoning. And so, for the first time in 20 years, I bought a pair of jogging shoes. I slapped on sunblock and marched to a nature trail 40 minutes from my house.

It was, of course, hot. And yet, the sun cast its own spell. Walking down a path, I would witness a scene choreographed by heat and wind. Butterflies would flit along the tall grasses, dragonflies would play join-the-dots, and leaves would fall on the dappled ground according to mysterious cues. Shadows of birds flying overhead tangled with the shadows of tree branches, before escaping their insubstantial nets.

This reconnection with nature also reconnected me with language. With my iNaturalist app, I learnt that the butterflies were called the Common Sailor, the Tawny Coster, and the Common Mormon. These were colourful enough, but I found myself drawn to the insect names in Malay.

Kelip is ‘twinkle’, so kelip-kelip is the firefly. Jentik is to flick by launching the forefinger from the thumb, so jentik-jentik is the mosquito wriggler. Riang is ‘merry’, so riang-riang is the cicada. Undur is ‘retreat’ or ‘walk backwards’, so undur-undur is the antlion. And patung is ‘statue’, so patung-patung is the dragonfly, which is known to be stone-still, as its legs are not designed for walking.

I once heard of a translation workshop where participants listened to birdcalls and transcribed what they heard in their native languages. This seemed to me how Malays had named birds. There were the gagak (crow), merak (peacock), pekakak (brown-winged kingfisher), kuau (Argus pheasant), pipit (sparrow), cicit (crested partridge), tekukur (spotted dove), ketitir (zebra dove), belatuk (woodpecker), butbut (greater coucal) and tuwu (Asian koel).

The Minang people of Sumatra (from whom I trace my ancestry), have a saying, ‘alam takambang jadi guru’. It is a philosophy often translated as ‘nature becomes teacher’. But one must pay attention to that word ‘takambang’, or ‘flourishing’, which means that nature has to be teeming and expansive for it to become a teacher. I am still a homebody, but what is home now has trees for walls and a sky for a ceiling. It is how I have found the situ in situ.

In 2001, Alfian won the Golden Point Award for Poetry as well as the National Arts Council Young Artist Award for Literature. He has also been nominated for the Singapore Literature Prize three times. Alfian has won Best Original Script at the Life! Theatre Awards four times, He is the playwright in residence at Wild Rice and the co-artistic director of the biennial Singapore Theatre Festival. He was one of our guests at Read My World 2015.