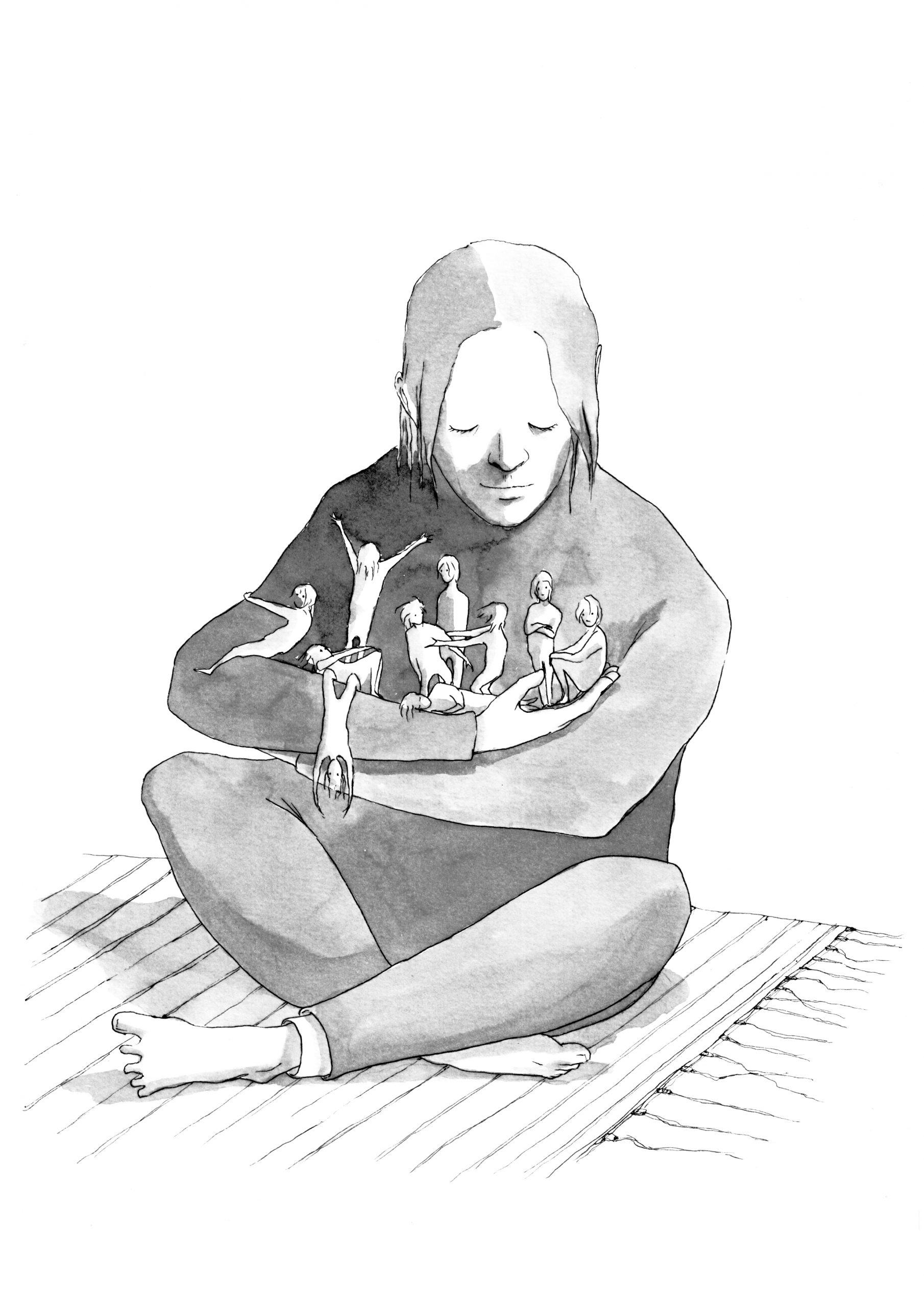 I am writing this letter at the end of a year when many of us have been lonelier than ever.

All hopes are for 2021 but so far it promises a repetition of boring and bleak days.

I don’t know how the weather is on your end, but where I am it rains incessantly, it’s grey and way too warm for winter. Research from last year shows that for people in the Western Hemisphere, January is the loneliest month, so the best month for an old fashioned letter.

Recently, I read that in the Middle Ages the word loneliness was understood as the danger of straying too far from the inhabited world. Anything could happen to you in the lawless wilderness.

Lonely meant being surrendered to the wide, scary outdoors. And the solution was simple: to return to the people; to their light, to their civilization.

Whereas now, people (with their light and their civilization) are just about everywhere. You have to make an effort to get lost. Loneliness is still here, but its meaning has shifted: from the outside it moved in. Wilderness has crept into our minds.

Being lonely nowadays means surrendering to the wide, scary indoors. But maybe that same indoors is an opportunity to confront that loneliness.
Last year, I visited a laboratory in Barcelona where the research staff have been working on a small ecosystem to help humanity on long journeys through space, to Mars for example. I looked at the tomatoes, lettuce and sparkling algae that can convert our carbon dioxide and our organic waste into oxygen and food.

On earth it’s easy to think of ourselves as independent creatures. Those who want to travel to Mars are confronted with the facts. We can’t go there without taking a part of our environment with us.

The outward journey alone takes eight months, when you want to leave earth for such a long time you better be self-sufficient. And then, the algae, lettuce and tomatoes are just as necessary as a beating heart.

We are more dependent than we think, intertwined in thousands of ways to other beings. Can you find comfort in algae or lettuce? That question has been on my mind since I left that laboratory. Maybe the comfort is in the realisation that the boundaries of what it means to be human are more diffuse than we think. “I love the fact that human genomes can be found in only about ten percent of all the cells that occupy the mundane space I call my body,” writes American biologist and philosopher Donna Haraway in her book When Species Meet.

The genome is the blueprint of a cell and ninety percent of our human cells are filled with genomes of bacteria, fungi and other single cell species. Countless small, internal companions keep us upright. Our inner world is a teeming ecosystem, existing in many forms and far from lonely.
Haraway writes: “To be one, is always to become with many”. Life is one big communion of different life forms moving towards the warmth and the light. And sometimes towards other planets, where we will find new wilderness. But for now, we are here; in a bare winter that for some already seems to have been lasting for a year.

We’re being asked to stay inside and maybe we should take that order literally. Into our inner world, to explore the network of creatures that make us what we call ‘self’. “I am large, I contain multitudes,” wrote the poet Walt Whitman. This winter I find comfort in those words.

To all the creatures who together form the human reading this letter: I wish you all an intertwined new year.

Love from us,
Marjolijn

Marjolijn van Heemstra (1981) is a poet, writer, theater director, journalist and podaster. Her novel En we noemen hem (In Search of A Name) (2017) was awarded the BNG Bank Literature Prize and has been translated into English. Since 2019, Marjolijn van Heemstra is outer space correspondent at De Correspondent. Currently, she is writing a non-fiction book about space and, as a theater maker, establishing Sterrenwacht Spreeuwenpark, an observatory where she delves into outer space with neighbors. Her poetry collection Reistijd, bedtijd, ijstijd (Travel Time, Bed Time, Ice Age) appeared at Das Mag in 2020.

Translated from the Dutch by Daan Brâchel