The Bureau of Sadness - a manifesto 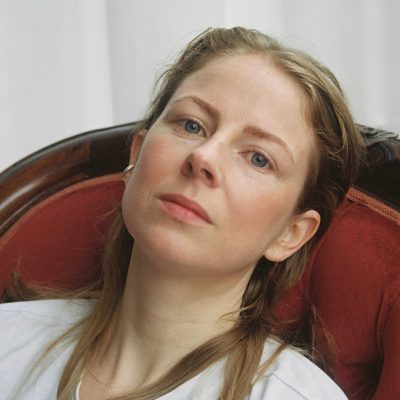 The sadness which The Bureau of Sadness aims to amplify and support, according to her mission statement, is not exclusively female, but it is feminist. It is a specific type of sadness not anchored in certain properties of a biological sex, but rather in the ontological position of femaleness. Andrea Long Chu defines as female, ‘any psychic operation in which the self is sacrificed to make room for the desires of another’. Femaleness as an emptying out of the self for the desires of the other, femaleness as hosting body, willing or unwilling.

The Bureau listens to the specific sadness of young girls in their bedrooms. It says, ‘I saw the best girls of my generation / destroyed by sadness’. It says, ‘what a mess / it has become. Whadda shit / show.’ It says, ‘The Young Girl is never simply sad, she is also sad that she’s sad.’ It says, ‘Away with’.

Her voice is mediated by autotune. Her tears are pretty, silent tears, beautiful tears, glistening in the morning light. Who can cry so perfectly, so cinematic? – only girls can cry like that, stylized even their expressions of displeasure. These girls, never have they been heard. There is no one who takes them seriously, these sweet manic tweens. They have been silent, in history, in the canons, in the archives; there is always someone to speak for them, their fathers, their masters, their academic discourses, their politicians, their poets, their pastors, their gods, their activists and their banners. Anger we recognize, opinions we recognize, we stumble over the barricades – but the dejected silence of those who have been muted, the prosody of those constantly being interrupted, that is what we have got to learn to listen to. That is what we must amplify.

Although you will see us installed at a bureau for the first time today, the Bureau of Sadness has been living a shadow life for a few years on the internet. We resonate, we like. We are indebted to Instagram, to shouts in the night on Twitter. We were shaped in the 2010s, a decade that teared loose things long repressed, when sadness was having a moment. We are inspired by writer Audrey Wollen and her ‘sad girl theory’, a non-theory stating that ‘the sadness of girls should be recognized as an act of resistance. [A] limited spectrum of activism excludes a whole history of girls who have used their sorrow and their self-destruction to disrupt systems of domination. Girls’ sadness […] is a way of reclaiming agency over our bodies, identities, and lives.”

The Bureau of Sadness is a hall of fame for the online sobs of the troubled girl, the goth girl, the trans girl, the puking girl, those who want to leave society to a metaverse they can manipulate. We are their megaphone. We are their agents. Our hall of fame is a wall of memes, that collectively construct an unconscious and makes emotions visible. Those emotions are feminist, because they denounce the violence of this world from a space historically allocated to girls. To men anger, revenge, bared teeth, action. To women only a passive state of sadness was allocated, burying their heads in an embroidered handkerchief. Now, we turn it over. The Bureau of Sadness gives agency to sadness.

‘I think of how sadness can be an inheritance, a feminist inheritance. I think of all the books that caught my attention not just because of the sadness they expressed, but because of the rebellion they enacted in this expression. It can be rebellious not to be made happy by what should make you happy. This sadness is not always or only about a personal revelation; even when eyes well with tears, those tears do not always form words. It is a sadness that can be too difficult to reveal to ourselves, let alone to others, because it is sadness with the world and thus sadness in the world.’

It can be rebellious not to be made happy by what should make you happy. Not to yield for the PR of a system that is being shoved down our throats as the only alternative. Our sadness is a sadness with the world. The Bureau of Sadness refuses to adopt itself to that world, it refuses to get used to alienation, oppression, constant discouragement, and violence. We constitute a sounding board for all your refusals; we hoist the dropped shoulders on a stage.

The bureau of Sadness is a practice of citation. We echo after you. ‘Citation is feminist memory’, as Sara Ahmed said.

The bureau of sadness takes madness seriously. It states that madness is not an individual problem. We listen to the delirium as to the oracle of Delphi. Madness is a social relation.

The bureau of Sadness takes depression seriously. Instead of bombarding depression with pills, we recognize depression is a contemporary epidemic. Depression rules the internet. Depression rules the classroom. ‘It is not an exaggeration’, Mark Fisher writes in Capitalist Realism in 2009; ‘to say that being a teenager in late capitalist Britain is now close to being reclassified as a sickness.’ We do not deny that depression should be treated clinically but wonder, like Fisher, if classifying depression as an individual sickness is not covering up a truth. We see depression as a social relation. As a legitimate reaction to a depressing reality that offers us no future. Our world is in a permanent state of crisis. We keep repeating this at The Bureau of Sadness.

Everyone is welcome to join the Bureau of Sadness. Your grievance is our sparkling content. We believe in true disruption, in destroying the market completely instead of creating a new one. We are delighted about your presence at our festive opening. And now, we’ll make space for our poets. Our manifesto is larded by their fugitivity, their lines of resistance. Our sad girl team consists of Alara Adilow, Pelumi Adejumo, Maxime Garcia Diaz en Lütfiye Güzel. Alara wraps a scarf of tears. Pelumi opens an abyss: it can have everything she’s fed up with. Lütfiye kills time with organs. Maxime is the saddest of them all and collects all the girls in the hive mind.

Hereby, The Bureau of Sadness commences.