For questions about our workshop series, contact us at workshop@readmyworld.nl 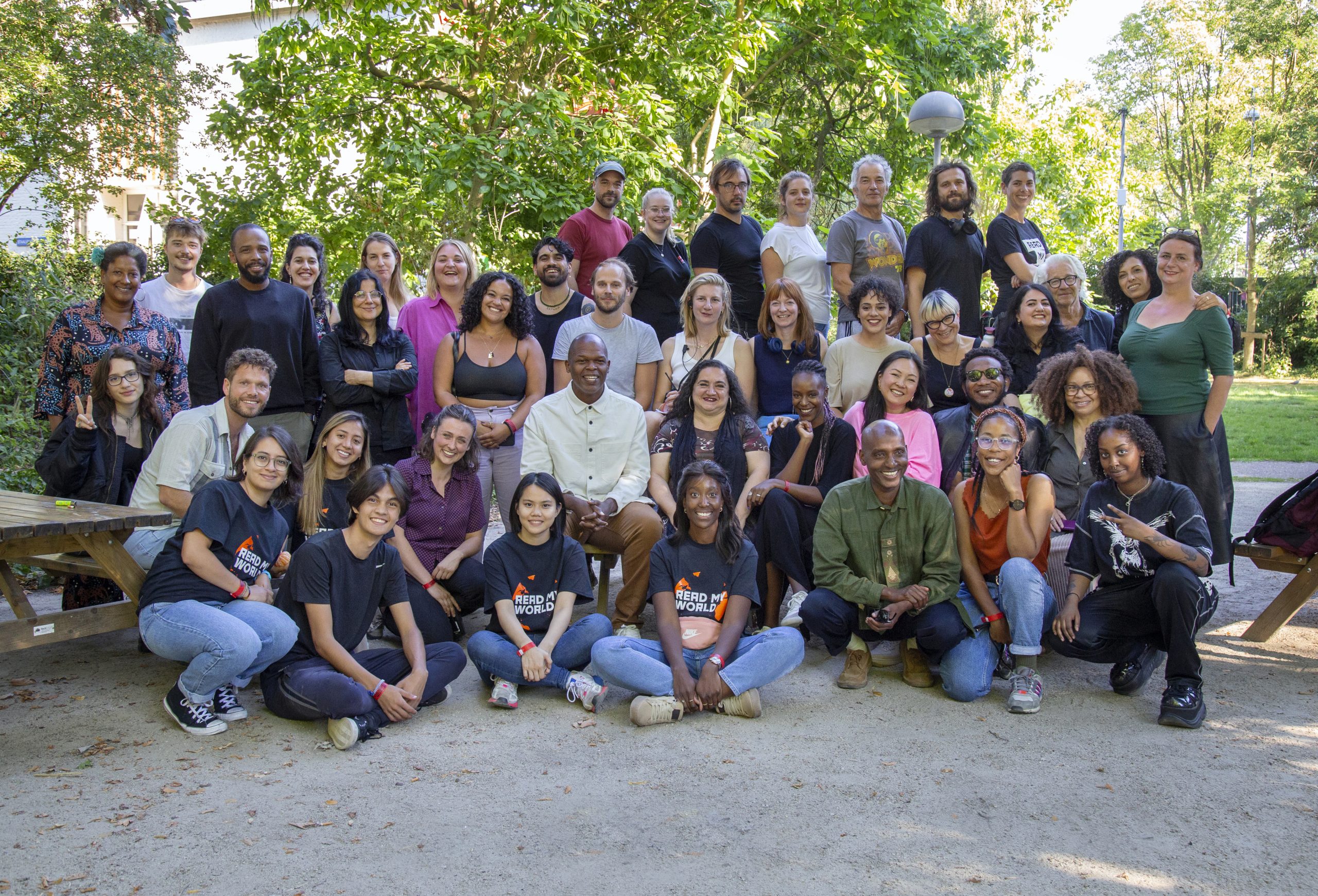 Chadiedja Buijs is a teacher, writer, curator, and creative producer based in Amsterdam.
She was born and raised in Alkmaar and has been travelling around the world since the age of seventeen. She studied Liberal Arts and Sciences in Rome and collaborated with the American Embassy in Vatican City while finding her own organization for inter-religious dialogue in 2012.

Aside from her work in Rome, she has worked in the visual arts scene in Cairo after which she specialized in contemporary Islamic art and cultures at Leiden University.  Her current practice is focused on art productions within alternative institutions of democratic inclusion.

Chadiedja is inspired by themes such as inter-generational trauma as well the importance of joy as a form of resistance, humor, and the lightness of being, and their relation to her roots. Her work often reflects on being and the universality of our experiences while at the same time acknowledging the specificalities of different social and cultural backgrounds, and histories.

The past five years, she has worked for multiple artists and organizations such as the international literature festival Read My World, Urban Resort, the municipality of Amsterdam, Theatre collective Adelheid + Zina, and the Amsterdam Fund for the Arts.  Chadiedja currently teaches the course Social Justice, Aesthetics, and You to first, second-, and third-year students at the Institute of Performative arts in Maastricht (Toneel Academie Zuyd).